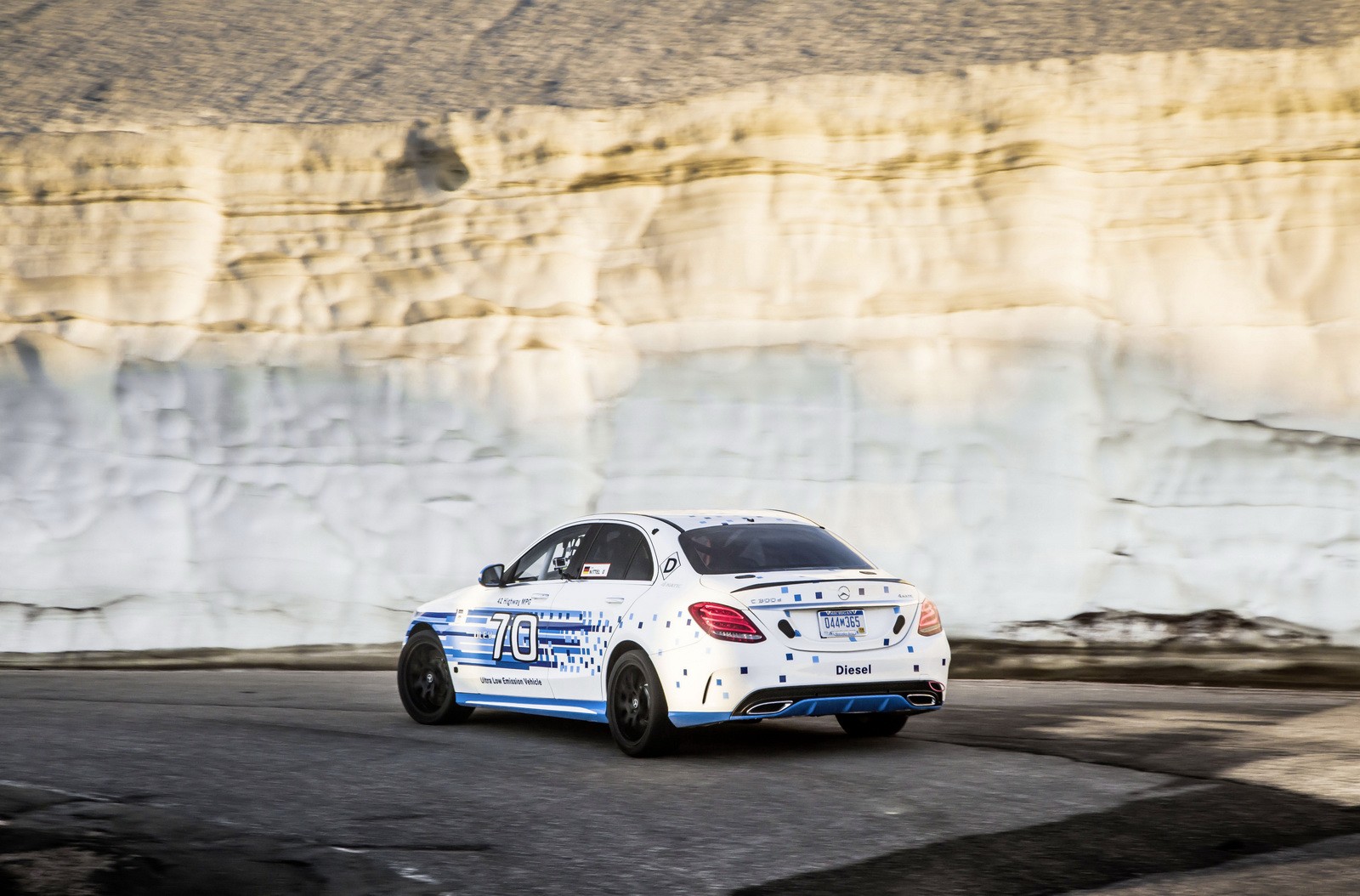 Posted at 13:33h in Uncategorized by sdcadmin

We love a good record breaker – especially if it is a diesel!! Mercedes-Benz has set a new record for production diesel cars at the Pikes Peak hill-climb race with a C 250d 4Matic driven by Uwe Nittel.

What is the Pikes Peak Hill race you ask? It reads like a whole lot of fun!

The Pikes Peak International Hill Climb, also known as The Race to the Clouds, is an annual automobile and motorcycle hillclimb to the summit of Pikes Peak in Colorado, USA. The track measures 19.99 km over 156 turns, climbing 1,440 m. 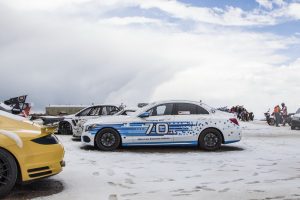 “Shoving a series-production diesel sedan with an automatic transmission up Pikes Peak sounds like a crazy idea, but it was a lot of fun. It shows that the preconceived notions about diesel engines are no longer relevant,” said Nittel on Carscoops.

The 201hp C 250d 4Matic, fitted with a 7G-Tronic Plus automatic transmission, competed in the famous hill-climb race in largely series-production configuration. In that category only a few modifications are permitted. The modifications made included the disassembly of the interior (typical for racing cars) as well as regulation safety modifications, including a rollover cage, racing tank, fire extinguishing system, enhanced brakes and ultra-high-performance (UHP) tires.

The four-cylinder diesel engine was not touched. Thanks to an effective emission control system, the C 250d is the first diesel model to surpass US ULEV 70 emissions requirements, which are among the strictest in the world. With a combined rating of 34 mpg (6.9 l/100 km) , the C 250d’s fuel economy surpasses that of most hybrid vehicles sold in the US.

Would you like more power when climbing with your vehicle? Why not fit it with a Diesel Power Chip? We are experts in powerchipping vehicles. You can read more information here.  Or just give us a call on 1300 990 163